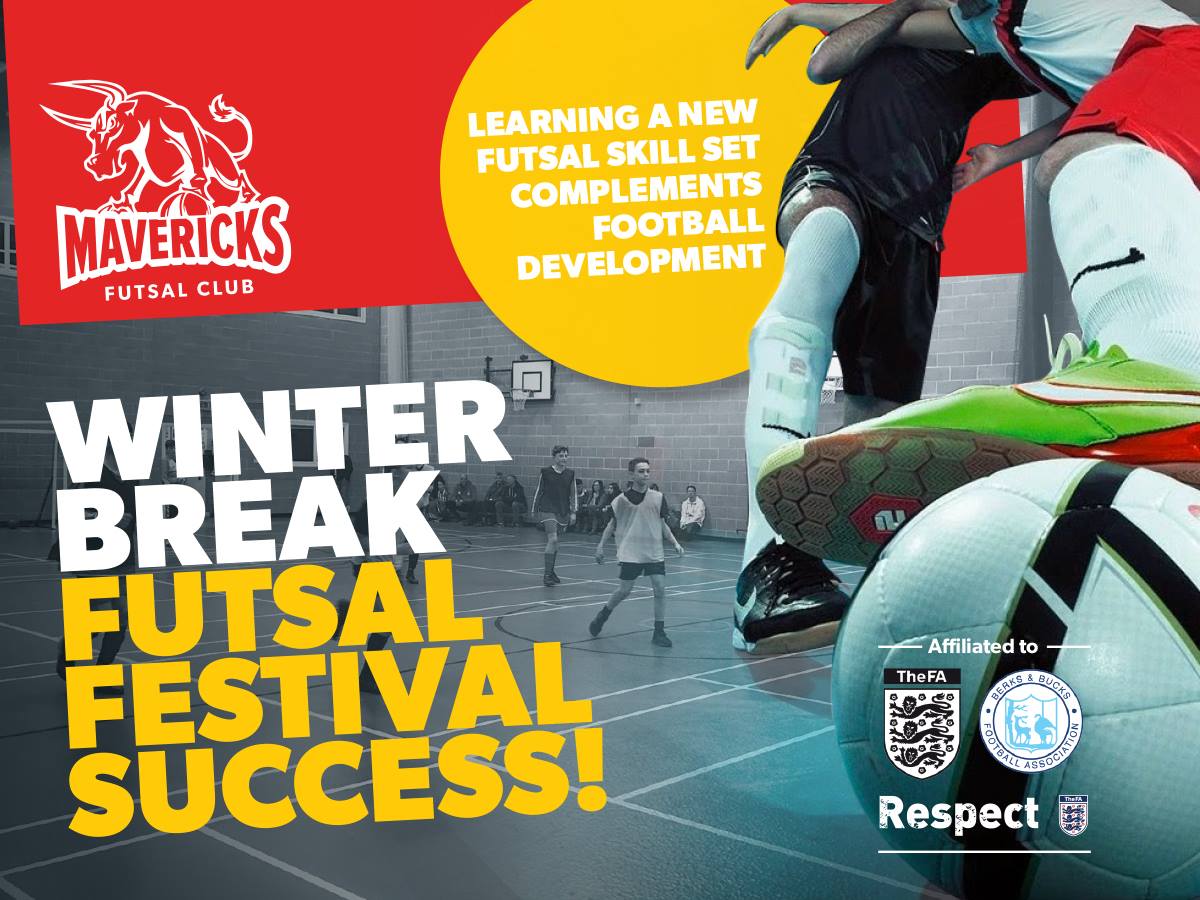 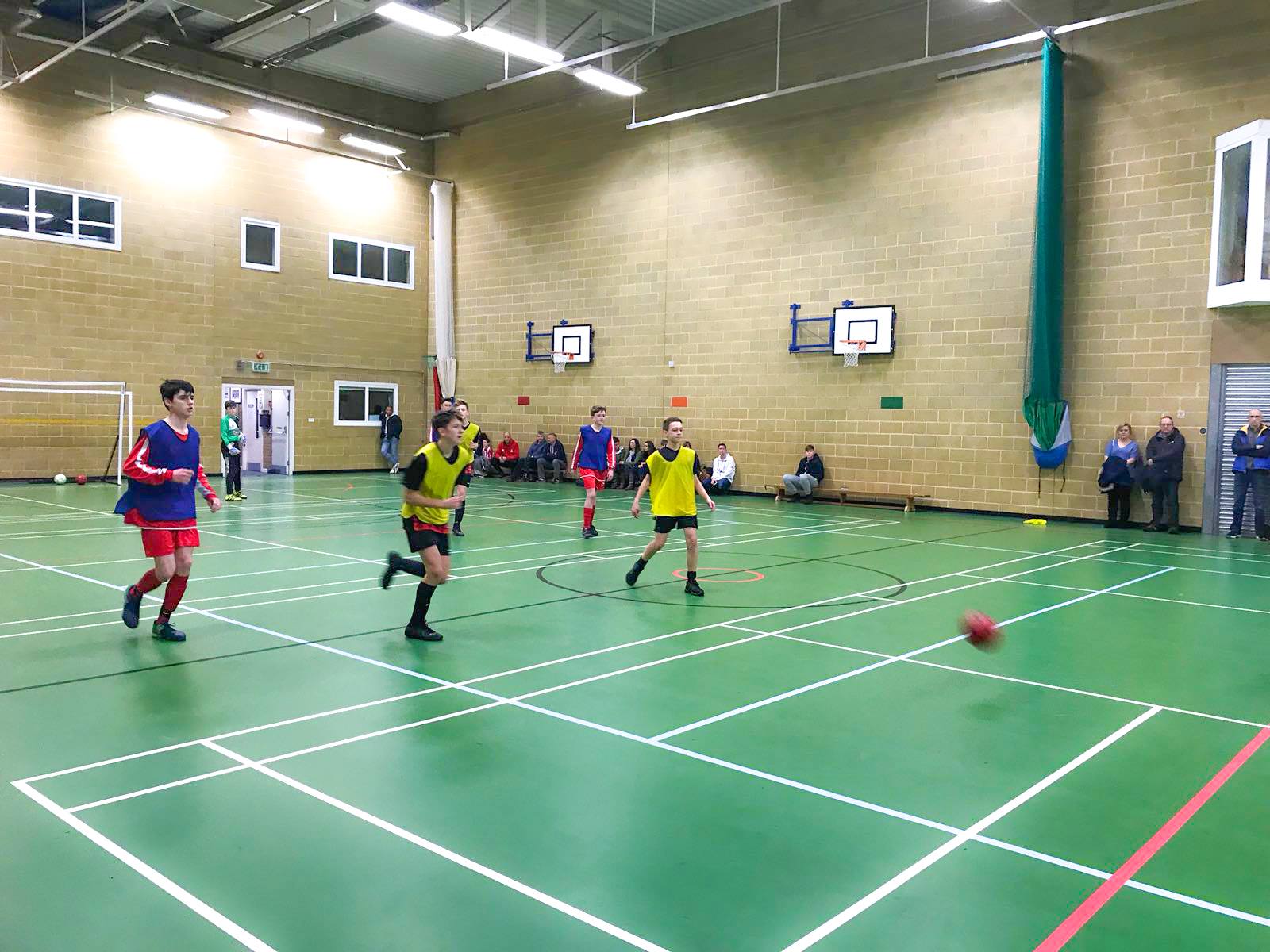 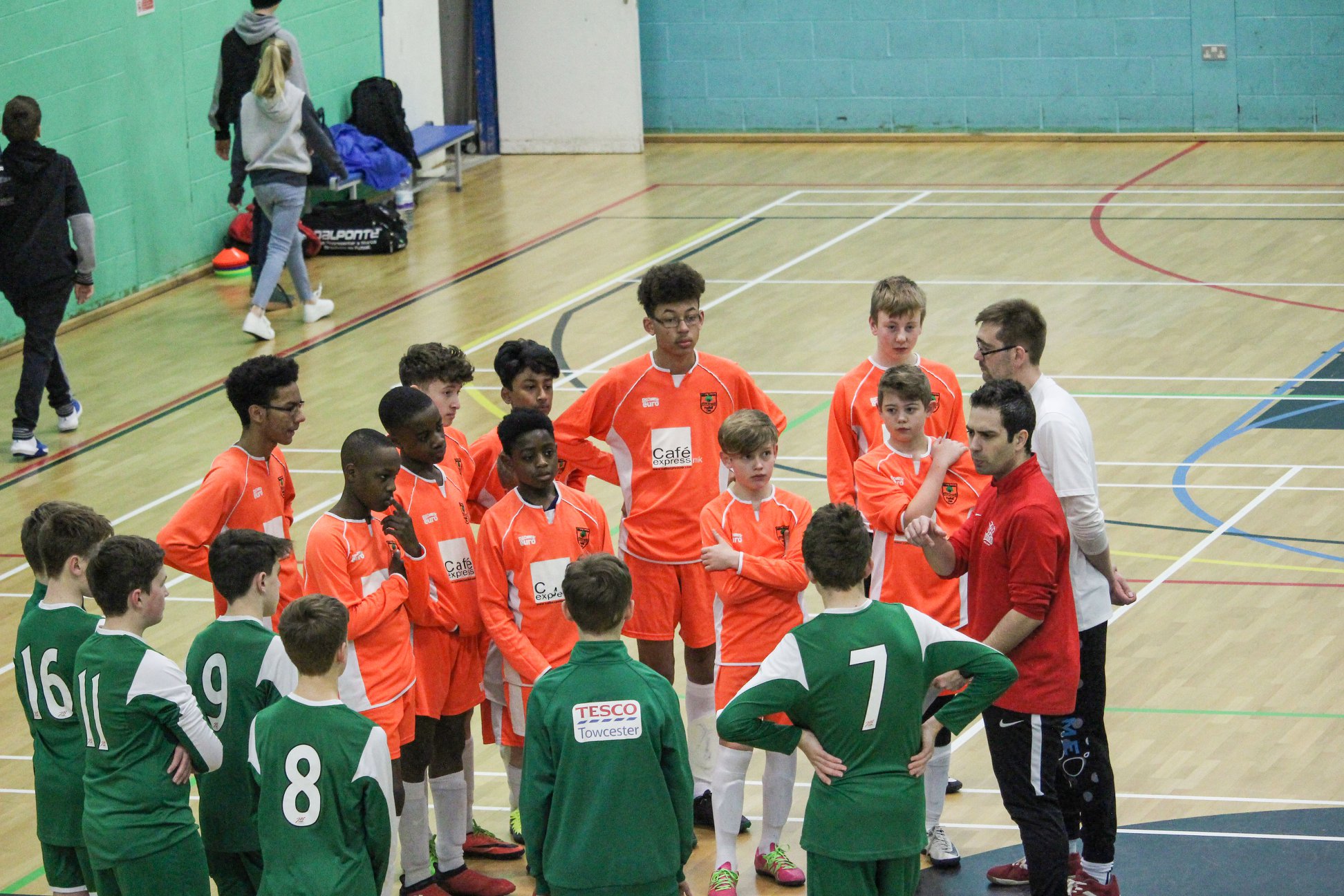 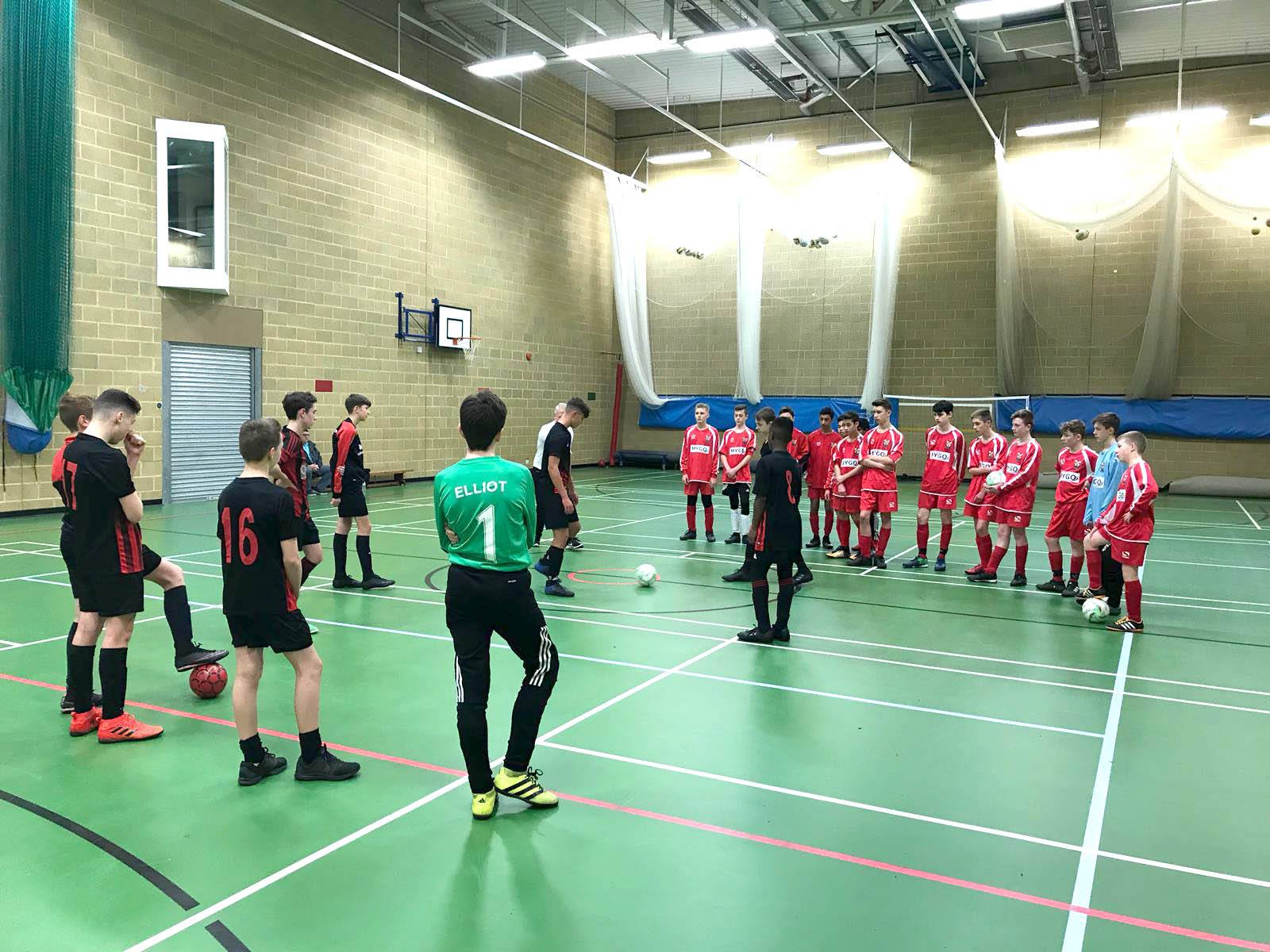 Mavericks Futsal Club is proud to be working with Berks & Bucks FA, to deliver the 4-week winter-break Futsal Festival on behalf of the MK Border Counties Youth Football League.

This is a massive step in our region, with games cancelled due to adverse weather, and conditions not ideal for outside football and youth development, MKBCYFL has decided to utilise the 4-week break in fixtures to offer Futsal to their Sat boys teams. This means that the players are able to play in a warm environment, as well as learning a new Futsal skill set to complement their Football development, and compete in a different variation of the game.

The first fortnight of the break has seen circa 100 players introduced to Futsal, the basics, concepts of attack and defence, and experience game time with Futsal rules. The tempo, transition and outcomes have been great to watch first hand, keeping up players fitness and allowing different squad members to rotate from their normal Football positions, and try new things in a safe encouraging environment. Coaches from Mavericks Futsal Club have led sessions to ease players into the idea of playing on a different surface, use of the sole, trialing with formation shapes in defence and attack, and most importantly offering lots of opportunities to practice in a game!

Venues have been utilised @MK College (Bletchley Campus), building on the recent success of the Girls Futsal Regional County Tournament, supported by the College Young Leaders programme, and @Royal Latin School (Buckingham) offering excellent facilities and encouraging a varied audience and further participation in the game. Over the next fortnight, the programme will move to game-based challenges, culminating in the last week of a competitive tournament for the players to showcase their learning and new skills.

This is a first for our region, and great progress with a very proactive step by the League, supported by the County FA and facilitated by Mavericks to continue to offer a Boys and Girls Futsal provision across our wider region.