The 1st half of an eventful season, featuring in the inaugural FA National Futsal Series (FA NFS) draws to a close, as MK Mavericks Senior squad recover from a break in the fixture list and prepare for the 1st round of the FA Futsal Cup (Vs Sporting Southend @Essex University on Sun 16/02). The squad are getting back into fixture time, fielding youth players and new signings from the January transfer window, to experiment combinations against development sides from Northampton Lions and Birmingham Futsal Club.

Fixtures have been completed against London powerhouse clubs Genesis, Escolla and Chelsea, travelling further afield to Sussex and closer to home for Bedford. The highlight of the round included a thrilling 3-3 against Futsal royalty Baku United, coming from behind three times to secure a well-earned draw demonstrate the character of the group. Mavericks home round was successfully hosted @Stantonbury on Sun 17/11, with three high scoring matches playing out, the squad pulled together to deliver a first-class event, the first of its kind in MK & North Bucks!

New players were signed during the January transfer window, among them two Mavericks youth players, Dan Hosier and Keiron Mobbs. New signings Mikey McCormack, Aafaq Hussain and Harrison Mills, all from MK College, strengthen more links with Further Education and bring the number of College players to 5 in the Senior squad. Several coaches and players are on their coaching journey, completing (or well on the way to achieving) Futsal and Football coaching qualifications. Links with MK College in the Association of Colleges (AOC) programme, MK Dons SET in the Community and launching the pilot MK & North Bucks Youth Futsal League - mean more opportunities for players to participate and continuing to grow the game across our region!

FA NFS action starts again with the 2nd half of the season on Sun 23/02 v Escolla in what is sure to be another explosive encounter against the current league leaders! Find out more about the Club and how to get involved in Futsal across our region, email This email address is being protected from spambots. You need JavaScript enabled to view it. or call 07526 249667 for further information. 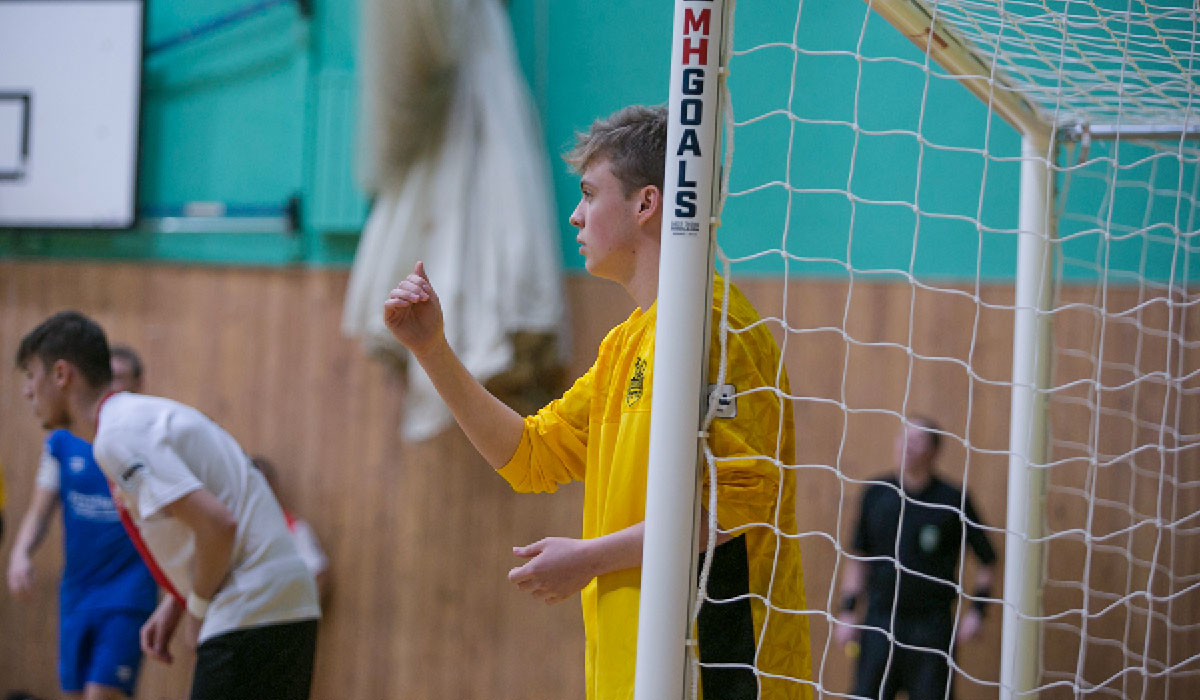