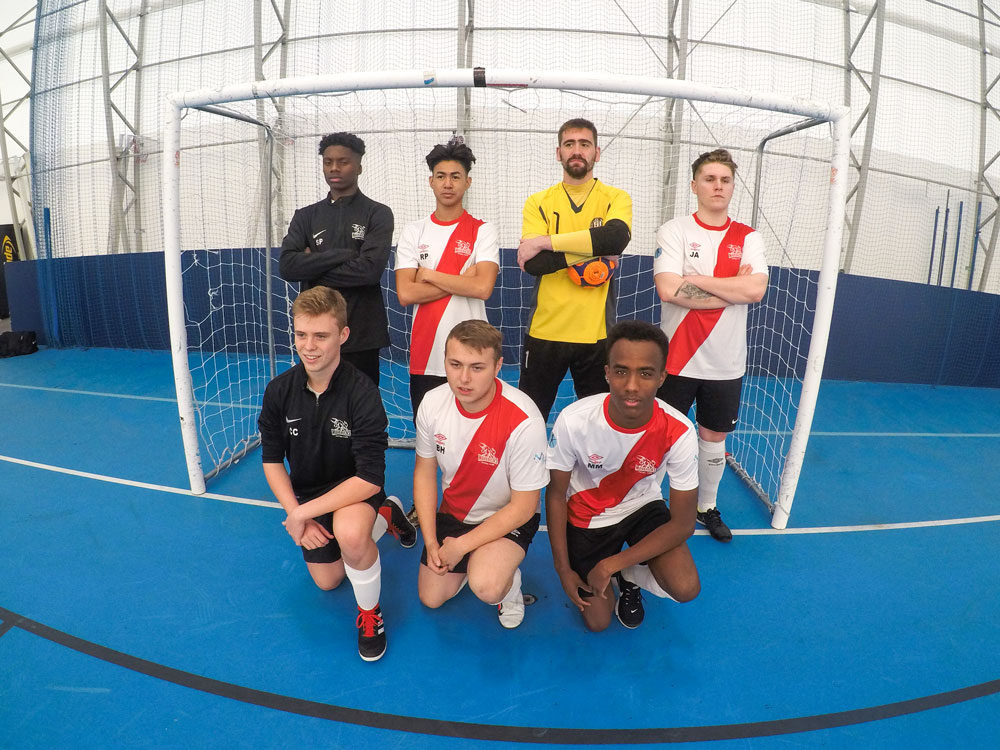 Mavericks Futsal Club, in collaboration with MK College, entered a development side from MK into the SE Regional Qualifiers for the FA Futsal Cup.

The qualifiers took place at University of Chichester (UOC) on Sat 03/11, with Mavericks competing for the top spot and a chance to draw a home tie against a higher ranked Gateshead Futsal Club, in the first round, at stake. The players enjoyed a series of games on the day, played and officiated to FA Futsal National League standards, with the event culminating in a must-win showdown v UOC 1st team.

Despite conceding and going a goal down, the players rallied and struck back twice from range before half-time to make the score 2-1. Although only carrying a smaller squad, the players had ample court time and allowed for plenty of player rotation. Uni of Chichester pressed hard in the 2nd half forcing home two goals, but Mavericks continued to play Futsal, looking to create width and depth, patiently probing to break defensive lines and hit out on the counter. Their patience paid off, being rewarded with another screamer from long range to close the tie at 3-3. However, UOC were persistent to the end and hit back with a set piece from a corner to snatch the tie 3-4 in the last minute, and set up a tie with a higher ranked Club in Round 1.A fantastic opportunity for our young side to compete in the FA Futsal Cup and represent the Club and Region. The players will learn from the experience, as significant progress continues to be made in raising awareness and bringing the game Futsal to MK, Bucks & Beds.